A statement by Winfried Wolf

Stop the Kremlin‘s war against Ukraine!

For Passive resistance against the Russian occupying power!

No arms deliveries to Ukraine!

Stop the expansion of the war into a global war!

Stop the arms funding for the German Army – Funding for climate protection is needed instead!

[1] Of the seven major Russian banks that were hit by Western sanctions after February 24, 2022

and largely cut off from the Swift banking system, three are directly part of the state-owned financial sector and another is closely linked to Putin’s inner circle. The first three are Bank VTB, which has a state share of 60 percent of its share capital, Promsvyazbank, and VEB (both wholly state-owned). The major shareholder in Bank Rossiya is billionaire Yuri Kovalchuk, who belongs to Putin’s inner circle and also has ties to Gazprom. Novicombank and Sovcombank can be regarded to be wholly privately controlled. The seventh bank in this group, Bank Otkritie, is a special case. This bank stumbled in 2017 and was nationalized at the time. In January 2022 it became known that the major Italian bank Unicredit wanted to take over Bank Otkritie. This should now be in doubt due to events.

[2] Newspaper Against the War (Zeitung gegen den Krieg) No. 50, page 1. Even if, as repeatedly stated in this text, we were wrong in the basic assessment of a possible invasion of Ukraine by Russian troops, it is absolutely wrong that we did not fundamentally criticize Putin’s regime as authoritarian. This is also true for my own personal history. My first political articulation was participating in a protest against the invasion of the CSSR by Russian troops in 1968. Since then, I have been involved in dozens of solidarity events in the 1970s and 1980s. I have been involved in dozens of solidarity activities for democratic opposition figures such as Lev Kopelev, Rudolf Bahro, Wolf Biermann, and Roland Jahn, and in the early 1980s I established the committee Solidarity with Solidarnosc. Any accusation that I am an uncritical „Russia-understanding“ (basically an

absurd term, who can be against wanting to UNDERSTAND a country or a person and their way of thinking and acting?) is absurd. Incidentally, it is often raised by people who before 1989 were in hardly limited solidarity with the CPSU and the SED, and who supported a nuclear power plant in Greifswald for the development of peaceful energy and technological progress whilst being opposed only to a nuclear power plant in Brokdorf in West Germany which they perceived to be a danger capable of radioactive contamination of the environment.

[3] Putin literally said: „Whoever tries to disturb us must know that Russia’s response will come immediately and will lead to such consequences for you as you have never experienced in your history. We are prepared for any development of events. All the necessary decisions have been made.“ According to: Frankfurter Allgemeine Zeitung, February 25, 2022.

false. This is proven by documents that U.S. political scientist Joshua Shifrinson found in a formerly classified document retrieved from the British National Archives. It deals with a meeting of the political directors of the foreign ministries of the United States, Britain, France and Germany in Bonn on March 6, 1991. The topic under discussion was the security of Poland and other Eastern European states. A Political Director heads the Political Division in the State Department and is considered the closest advisor to the Foreign Minister. Bonn’s representative, Jürgen Chrobog, stated at the time, according to the memo, „We made it clear in the Two Plus Four negotiations that we would not extend NATO beyond the Elbe. We cannot therefore offer NATO membership to Poland and the others.“ The British, French and Americans also rejected NATO membership for the Eastern Europeans. U.S. representative Raymond Seitz said, „We have made it clear to the Soviet Union – at Two Plus Four as well as other talks – that we would gain no advantage from the

[5] The project is being pushed by the US government and the EU. „Ukraine is in this way providing a strong statement of its desire to be bound to the European Union,“ said „energy security advisor at the U.S. State Department,“ Amos Hochstein in the Welt am Sonntag of February 6, 2022.

[7] This restriction was abandoned on February 26, 2022. Since that date, Germany has been supplying weapons of many types, including heavy weapons, highly effective Stinger missiles among them.

[8] According to Wikipedia Germany, the Kosovo War was an „armed conflict in the Yugoslav wars

Kosovo Liberation Army (UÇK/KLA), the army of the Federal Republic of Yugoslavia, and Serbian  security forces and, as of 1999, NATO forces led by the United States (U.S.). The NATO mission

A similar incorrect dating can be found in the English and French Wikipedia-versions. In the Serbian version, however, the correct date for the start of the war is given with March 24th, 1999. Obviously those responsible at Wikipedia do not wish to subject their Serbian audience to such a clumsy falsification of history.

[9] „In fact, Gerhard Schröder, Chancellor-designate, and Joseph Fischer, Foreign foreign minister-designate, approved the planned war against Yugoslavia during a visit to Washington on October 9, 1998 Yugoslavia – before they were sworn in, before the Bundestag decided, and without a UN mandate.“ Source: https://konkret-magazin.de/aktuell/644-das-groessere-uebel

[10] „Arms production has, in monetary terms, a special characteristic; it increases the circulating purchasing power without producing an additional inflow of goods in exchange. Even if this increased purchasing power leads to the acquisition of machinery and the hiring of people who were previously unemployed, temporary inflation results. The incomes of workers and the profits of companies appear on the market as demand for consumer goods and production goods, without any increase in the production of these goods having been achieved. There is only one case in which the production of arms does not cause inflation: when all weaponry expenditures are financed entirely by taxes, that is, when the purchasing power of both consumers and firms is reduced accordingly.“ Ernest Mandel, Marxistische Wirtschaftstheorie, Frankfurt/M. 1970, S.555.

[11] Officially, the debt ratio in the EU is capped at 60 percent. The public debts of a given country are not allowed to exceed 60 percent of gross domestic product. 100 percent is generally accepted to be and hardly  a debt level that can bring a country close to national bankruptcy. At the beginning of 2022 the average debt ratio in the EU was already 98 percent. Heavyweights such as Italy (155%), France (116%) and Spain (122%) are already massively above this barrier. With the new heavy increases in arms spending, which are welcomed by (almost) all EU countries, there will be a further increase in debt.

[13] „But I say to you that you should not resist evil, but if anyone gives you a stroke upon thy right cheek, offer the other also unto him.“ Matthew 5:39. Source: https://bible.knowing-jesus.com/Deutsch/topics/Die-Andere-Wange-Hinhalten

Winfried Wolf, Potsdam, 17th of March 2022 (a first version of this statement was published 27th of February 2022.

The author is responsible editor of the „Zeitung gegen den Krieg – ZgK“ and editor-in-chief of “Lunapark21 – Zeitschrift zur Kritik der globalen Ökonomie”. He was member of German parliament (Bundestag) 1994 -2002. 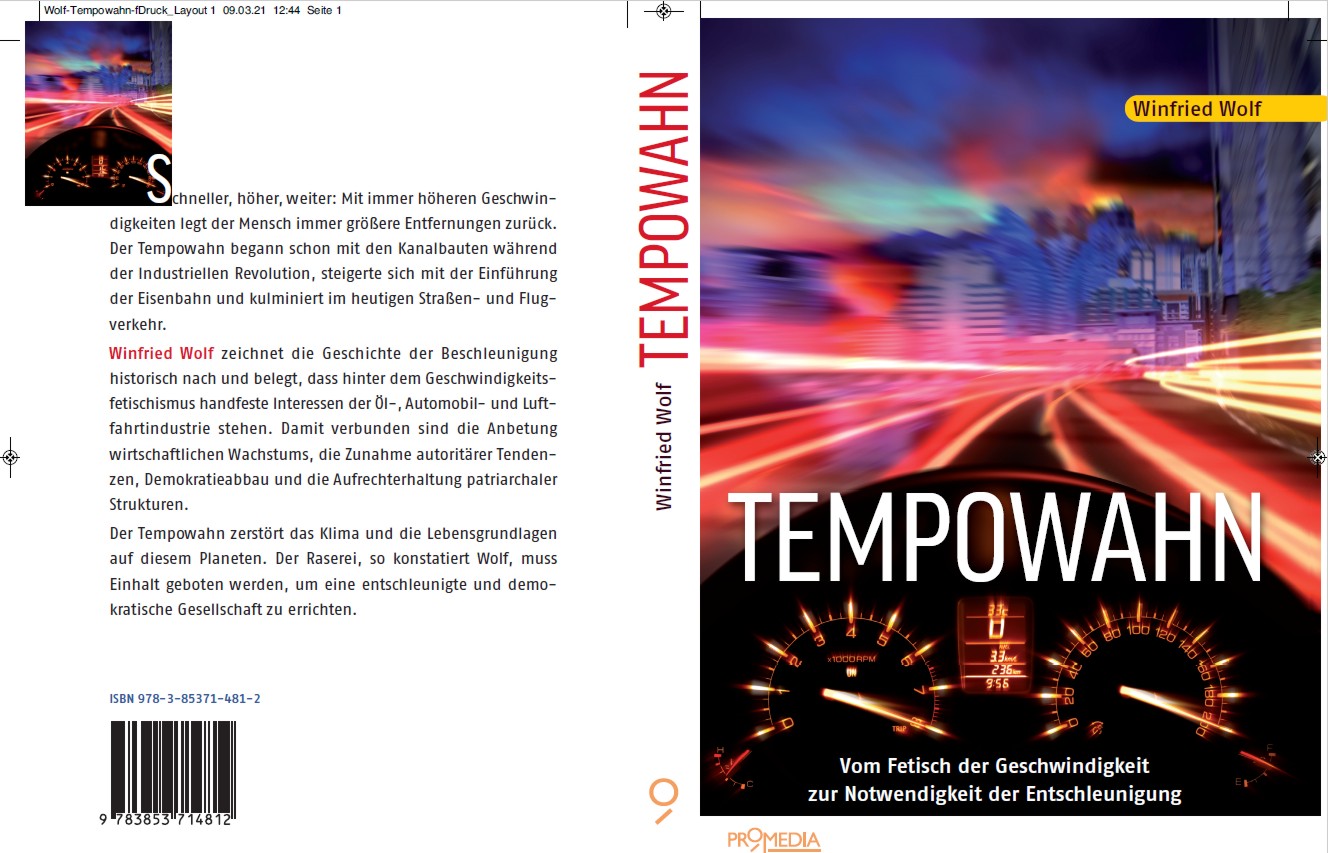 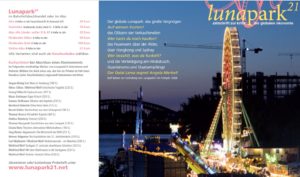